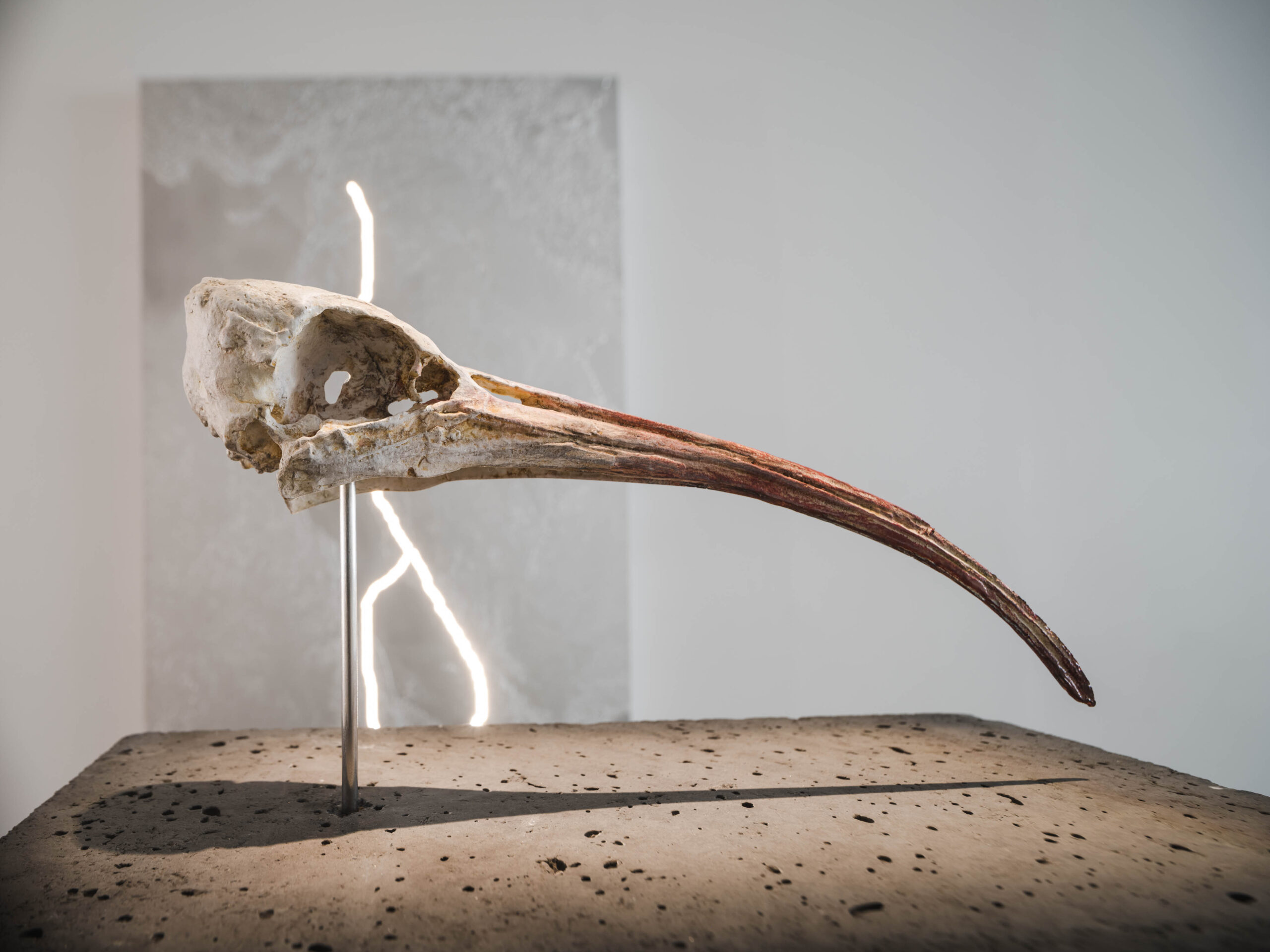 In Final Flight (2018–2019), the artist explores the story of the endangered Northern Bald Ibis, descendants of the birds depicted in the oldest Egyptian hieroglyphs dating back 5,200 years. The Egyptians considered the Ibis a symbol of wisdom, and early Muslims believed the migrating birds served as guides for pilgrims during their Hajj to Mecca. Although the birds were declared extinct in 1989, a surviving colony of seven was discovered in 2002 with the assistance of a local Bedouin community in the Syrian desert near Palmyra. Despite intense conservation efforts, illegal hunting and electrocution by power cables on the birds’ migratory route made protection almost impossible. The onset of a civil war in Syria in 2011 severely constrained the conservation programme, and the birds disappeared again around the time Palmyra was destroyed in 2014.

Sarkissian used new technologies and age-old techniques to re-create seven skulls of the Northern Bald Ibis as a testament to the realities of destruction, disappearance, and migration. Based on an Andalusian specimen lent by a Spanish zoo, these works were painstakingly produced through high-resolution photogrammetry. Final Flight also consists of an archival inkjet print of the last photograph of the birds flying over Palmyra, a hand-milled relief on aluminum of the birds’ migration path from Syria to Ethiopia, and a film capturing the route in bird’s eye view.