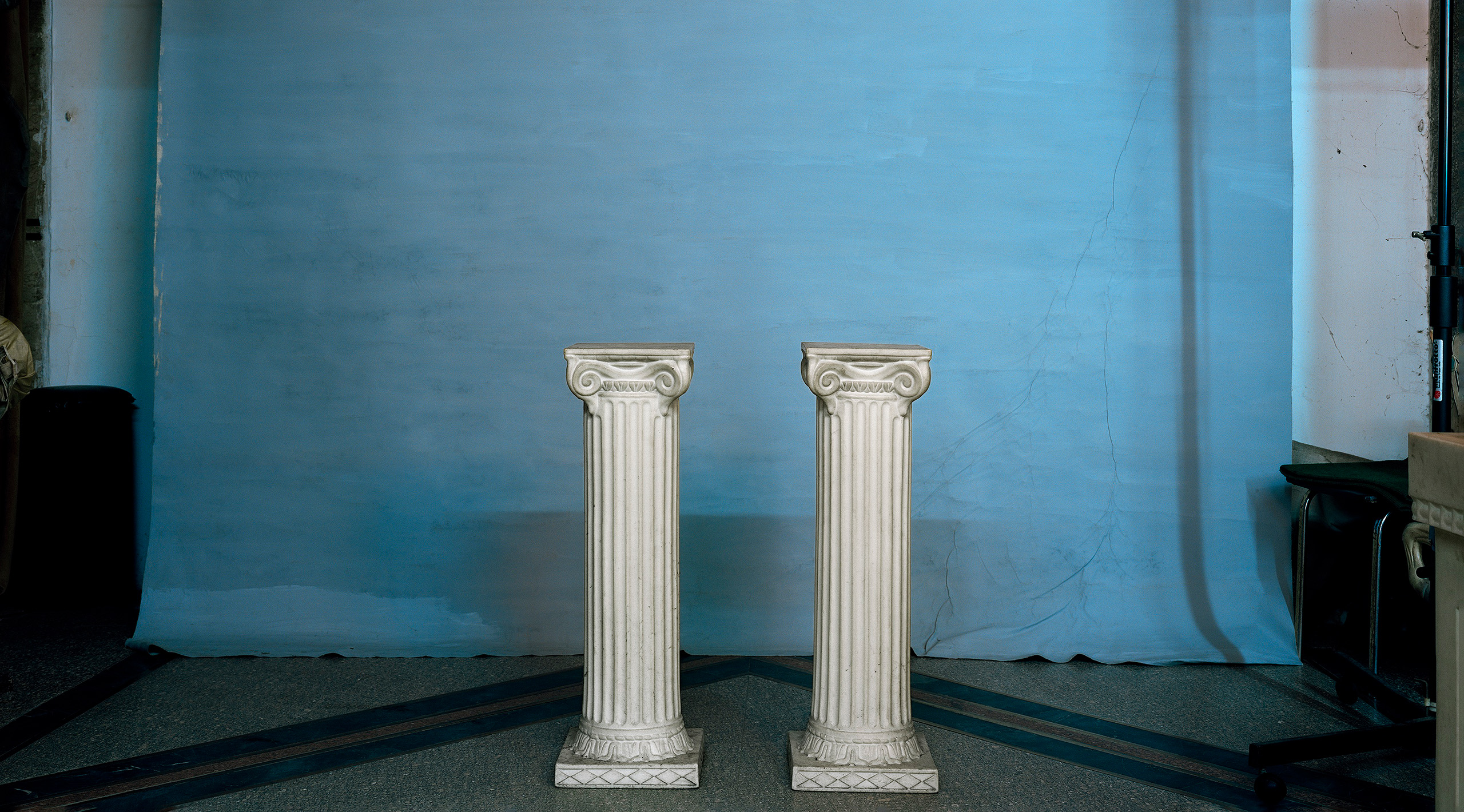 Background (2012) is an extensive project that documents the backdrops in photo studios across the Middle East. Presented here are six key large-format photographs from the series. Produced in Amman, Alexandria, Beirut, Byblos, Cairo and Istanbul, these images explore the fundamental nature of studio backdrops in photographic practice within the region—a tendency that emerged in the 19th century. The series was inspired by a photograph of an unremarkable grey backdrop that the artist had photographed in his father’s photo studio in Damascus. It is also a response to the disappearing gestures of studio portraiture within the region due to the advent of digital photography.

The painted backdrops and staged settings offered sitters an escape to other worlds. They are evidence of the history of photography in the Middle East—bursts of imaginative scenography are constructed alongside props and studio lighting that draw attention to the absent human subjects. The implied presence of the missing subjects haunt each and every scene.