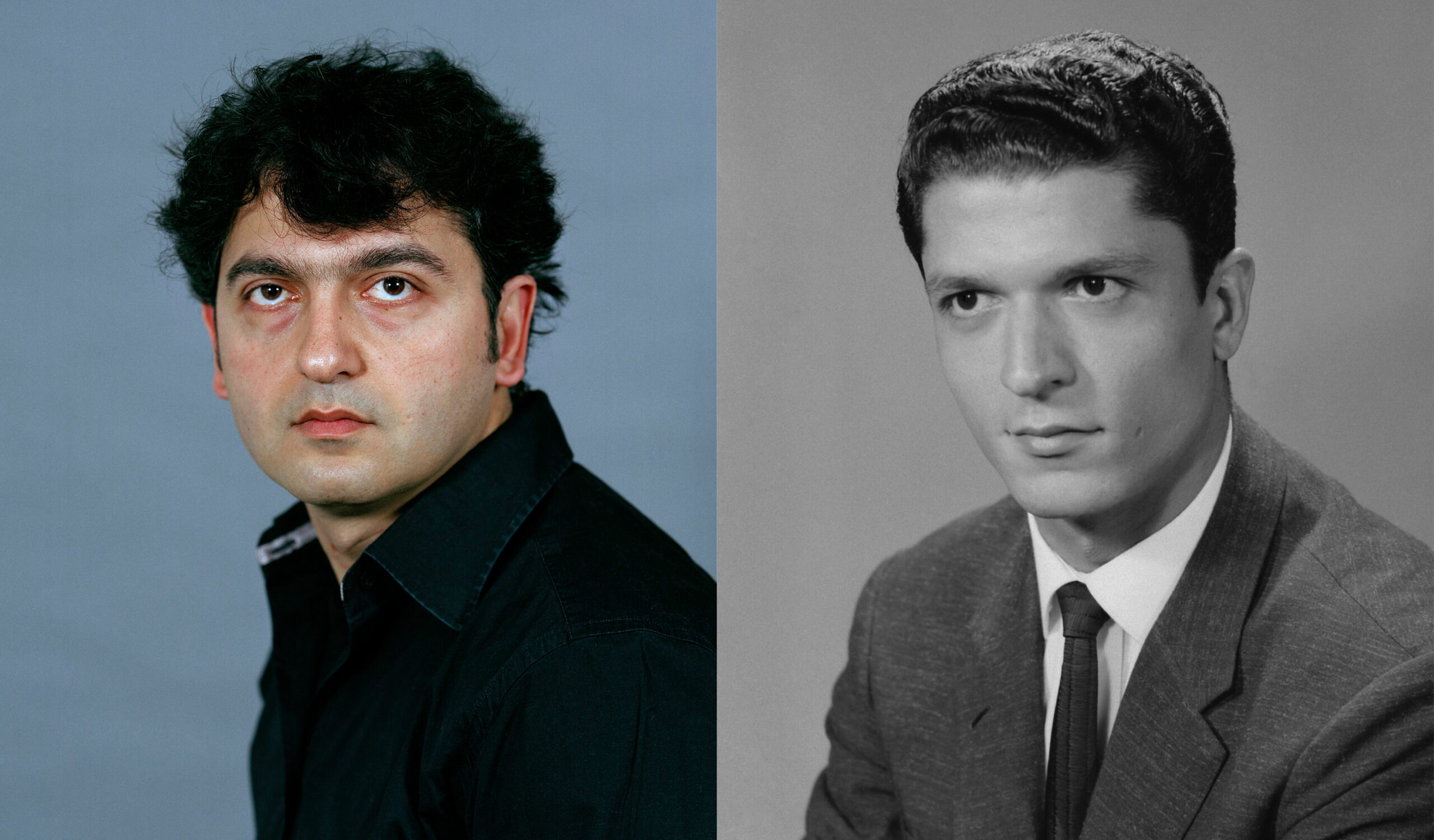 Sarkissian’s father, Vartan Sarkissian, has worked as a photographer in Damascus since the 1950s. In 1976 he established Dream Color, the first photographic colour laboratory in Syria. The studio was where Sarkissian spent most of his time, learning the foundations of working with large-format photography.

In 2010, a year before the Syrian civil war erupted and on Sarkissian’s last visit to Syria, both father and son were confronted with an unavoidable closure of what was by this point re-named the Sarkissian Photo Center. To commemorate this event, Sarkissian staged the studio to document the site as a relic of history.

For a final photo shoot, Hrair asked his father to take portraits of him—an act to document the historical gestures and techniques of a bygone era that would soon disappear. Evolving from this event, the artist developed the work, My Father & I (2010)—a presentation of the artist’s portraits juxtaposed against black and white archival pictures of his father taken over the course of his life. The elder Sarkissian orchestrates his son’s postures in common studio poses. Rather than affecting a flat countenance common to such studio portraits, the younger artist is restrained in his emotions, unable perhaps to fully submit as a subject to, and of, the camera.